Home > Chiropractic Care > What Happens When Whiplash Injuries Go Untreated?
If you have been in an accident, treatment should start as soon as possible.

Often after a car accident people “feel fine”. They may have a little expected back or neck soreness that resolves in a few days. But often the real damage doesn’t show up for weeks, months or years.

Facts about Whiplash Injuries (Sprains/Strains of the Neck):

When these injuries go untreated, people often end up with longer-lasting injuries, some that become chronic. These may include headaches, low back pain, shoulder injuries, chronic tension in the shoulder and neck muscles, posture changes and a loss of movement in the neck.

Per manufacturer requirements Apex Energetics products require a recommendation from us, please call or email requests. This is a one time per product process. Sorry for any inconvenience.

Learn about our program to stop smoking in 3 days! Click to learn more!

Get our Free Report on Attention & Learning!

Is your child struggling with behavior, learning or sensory challenges?
Learn how you can maximize your child's potential with "Think BIG", a comprehensive drug-free approach:
• What is Think BIG?
• What is a Neurodevelopment Disorder?
• Understand Nutrition and Functional Medicine
• Helpful Resources + References 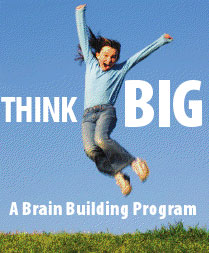 SHINE: A Program for ADHD Management

Dr. Jahnke has incorporated the key components of Dr. Hallowell’s SHINE program in the THINK BIG program. SHINE is a program endorsed by Dr. Hallowell a well-known Psychiatrist that focuses on ADHD.
• What is SHINE?
• What is ADHD?
• SHINE Program Details
• Press Release: Announcing Drug-Less ADHD Relief 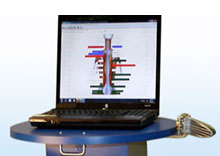 We use sophisticated equipment to detect where stress and tension building up in your spinal core could be affecting your health. This Certified Space Technology, registered with the FDA, includes Heart Rate Variability testing which shows how your nervous system is working and how this in turn impacts your heart, lung, digestive and brain health. The HRV score can also help us determine which chiropractic techniques are more likely to work for you and help us better estimate how quickly how will respond to care.

Customer reviews help others learn the benefits of chiropractic care. If you're a happy patient, we would truly appreciate a review from you!

Visit your preferred site to leave a review or comment.

Back pain plagues as many as 80% of us – but guzzling pain killers isn't the only way to get relief. A new report says that chiropractic therapy...
(read more from Dr. Oz on Back Pain Relievers)

If your golf game looks like this you may be more prone to wrist and shoulder injury.

Pathways Connect
Like a book club but more. Less reading. More substance. Based on Pathways to Family Wellness Magazine.

Happiest Baby on the Block

Pathways Connect
Like a book club but more. Less reading. More substance. Based on Pathways to Family Wellness Magazine.

Find useful tips and information on our Facebook page!